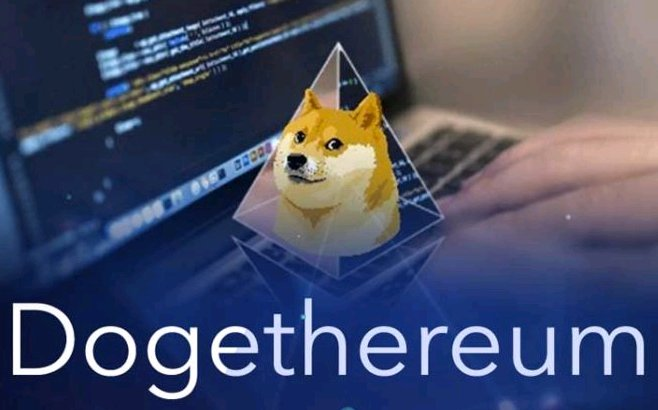 Are you wondering what happened to the Dogethereum bridge? As a crypto investor, your biggest challenge today might be transferring your crypto assets to a different blockchain. This gap in the crypto industry led to the development of a bridge dubbed Dogethereum that sought to make it possible to transfer Doge coins from the Dogecoin blockchain to the Ethereum blockchain and vice versa.

This article will discuss the Dogethereum technology and what happened to it.

What Is the Dogethereum Bridge?

The Dogethereum bridge was a technology created to link the powers of Dogecoin and Ethereum. In application, the bridge could make it easy to transfer Doge coins to the Ethereum network and Ether (Ethereum’s native digital currency) to the Dogecoin blockchain.

As you know, Ethereum is already one of the most popular cryptocurrencies and one that was catapulted to the number two spot, just behind Bitcoin, in terms of value by its use of smart contracts. These are self-executing contracts made with computer code that allows investors to use Ethereum for all purposes, from making payments to borrowing and lending through its blockchain.

On the other hand, Dogecoin is also one of the most resilient cryptocurrencies. The crypto was founded in 2013 and is based on a Japanese Shiba Inu meme. Dogecoin is open-source, peer-to-peer crypto that was actually started as a joke but has since morphed into a serious digital currency with time. Like Ethereum, it utilizes its own blockchain technology.

The Dogethereum bridge was invented to create interoperability between the Dogecoin and Ethereum blockchain networks. Also known as the Dogecoin-Ethereum bridge, Dogethereum would allow you to send Doge coins to the Ethereum network and back. On the Ethereum network, you would use the Doge coins like other ERC-20 tokens, meaning you can use them to even invest in your favorite NFTs.

This bridge would if launched, also enable Dogecoin investors to access more services lacking on the Dogecoin blockchain but available on the Ethereum blockchain. Some include decentralized finance (De-Fi), non-fungible tokens (NFTs), and decentralized apps (dApps).

Unfortunately, the development of this Dogethereum bridge, though live-tested on YouTube, did not take off. Read on as we discuss if or when Dogethereum will be launched and how this bridge could ease crypto transactions where scalability is an issue.

What Happened To The Dogethereum Bridge?

As seen above, the Dogethereum bridge could give Dogecoin investors access to more services. In addition, the bridge could greatly improve Ethereum’s scalability, which remains a challenge for the big cryptocurrency by allowing fast transactions to and fro another blockchain.

After the successful demo, the developers put a hold on the Dogethereum launch, but the bridge remains in development.

But, at the time, the bridge was expected to be launched very soon after the live demo. That was ultimately impossible, especially after the cryptocurrency value depression from late 2018 to early 2019. At the time, the Dogecoin developers promised to continue working on the bridge and possibly launch it when the Ethereum value rose to $400.

The need to wait for Ethereum to recover from the value crash is because the bridge project was funded in Ethereum. The whole project was designed as a bounty that would incentivize developers to create a successful bridge between the two blockchains, where they would pay off the bounty in Ethereum.

The team locked this bounty in a DAO, which is a decentralized autonomous organization with different leaders who would all need to vote to release or pay the bounty.

According to Ethereum Foundation UX designer Alex Van de Sande in a string of tweets, the successful live demo they ran only merited about 25% of the total bounty value, which at one point had surpassed $1 000 000. According to Alex, the remaining 75% of the bounty was still open for other developers who could improve the bridge for seamless transfers between the blockchains.

Will The Dogethereum Bridge Be Launched?

After the live demo, the Dogethereum bridge launch never happened. However, the bridge is still in development, according to Michi Lumin, to a Dogecoin developer in a tweet where she indicated ongoing Dogecoin-Ethereum bridge development.

The Dogethereum is currently being developed by Bluepepper.io and based on Vitalik Buterin’s (Ethereum co-founder) Scrypt hash validation mechanism. There is no timeline for when the development will be complete or when the bridge will be launched. However, the team is still working on a decentralized bridge that incurs little gas costs to relay Doge blocks to the Ethereum blockchain.

How Beneficial Would The Dogethereum Bridge Be For Ethereum Scalability?

The cryptocurrency industry is becoming many people’s greatest source of wealth globally. It is possible that crypto has already overtaken the stock market in terms of an increase in value, where the crypto market has increased by almost 4500% in a few years. Still, not many can invest in crypto for a few reasons, and a common one is scalability.

If used with TrueBit, a protocol used for faster trustless transactions, Dogethereum would help investors transfer currencies between the two blockchains fast and easily, without necessarily making the transactions visible in Ethereum smart contracts.

Are There Other Dogetherum Alternatives?